In this post I am going to continue our exploration of how records and/or Archives are used by writers and directors to further the plot of various films.  Part one can be found here.

It is our hope that these continuing explorations of the use and portrayal of records in film will increase awareness of the pervasiveness and potential power of archival records.

For this installment I have decided to look at The Dark Knight, Tinker, Tailor, Solider, Spy, The Avengers, Chinatown, and Sneakers. 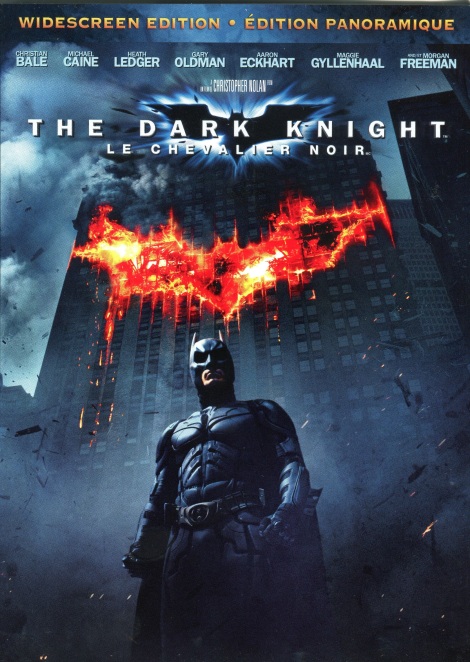 In the second movie of the Dark Knight Trilogy, Batman is forced to do battle with the Joker, an arch-criminal intent on spreading chaos throughout Gotham City.

Against the backdrop of this confrontation, Coleman Reese, an accountant working for Wayne Enterprises, is doing some research in the Wayne Enterprise Archives when he comes across technical drawings of the Tumbler, a prototype vehicle more commonly known as the Batmobile.

Reese is thus able to deduce, correctly, that Bruce Wayne is in fact Batman, and decides to try to blackmail Wayne into buying his silence. His gambit fails, and when he eventually offers to reveal the identity of Batman to the local media, the Joker, not wanting the secret to come out at that time, threatens to blow up a hospital unless the citizens of Gotham kill Reese. This forces Police Commissioner Gordon and Batman to try to keep Reese safe, all the while also trying to apprehend the Joker.

I think it is fair to say that Reese, unlike our researchers here in Peel, grew to regret his “discovery” in the Archives. 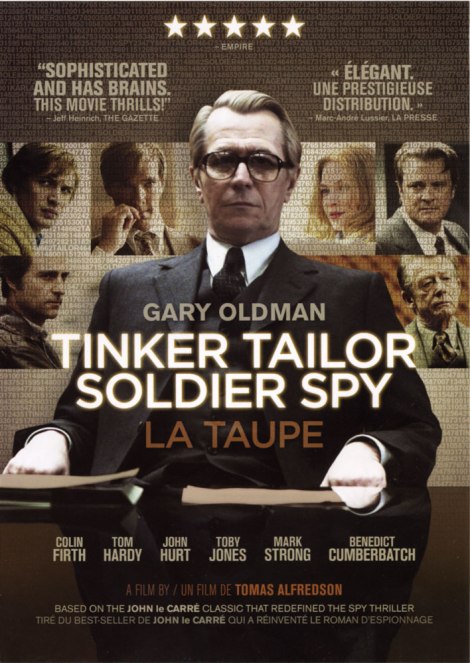 This film follows aging spymaster George Smiley’s endeavours to uncover a Soviet mole within the ranks of the British Secret Service (also known as MI6, referred to as “The Circus” in the film).

During his investigation Smiley learns that a British agent named Ricki Tarr had an affair with a woman only identified as Irina, who happens to be the wife of a Soviet spy. During this affair she tells Tarr that she knows the name of the mole within The Circus. Tarr promptly telegraphs Circus headquarters to tell them; however, they seemingly ignore his warning and at the same time the Soviets kidnap Irina. Tarr then goes into hiding, believing that his telegraph was intercepted by the mole.

Smiley needs to corroborate Tarr’s theory quietly and without raising suspicions. So he sends his trusted agent, Peter Guillam, to steal the communication logbook from the night the message from Tarr was allegedly received by The Circus. Complicating matters is the fact that such logbooks are kept in The Circus’ main central archival repository.

Guillam plans his theft very carefully in order to circumvent the strict polices and procedures put in place to safeguard the records.

After some tense moments he is ultimately successful in smuggling out the necessary volume. When examined it is quite clear that the pages from the night that Tarr sent his telegram have been carefully sliced out. This suggests to Smiley that someone within The Circus is indeed actively attempting to cover up the fact that Tarr found a source willing to discuss the mole.

Smiley: “November 20th is missing. Someone is covering their tracks…unless you think that’s just a coincidence.”

With this discovery doubts as to the existence of a mole within Smiley’s investigative team vanish, and they continue their work in earnest. Aided by such records they are ultimately successful in uncovering the identity of the mole. 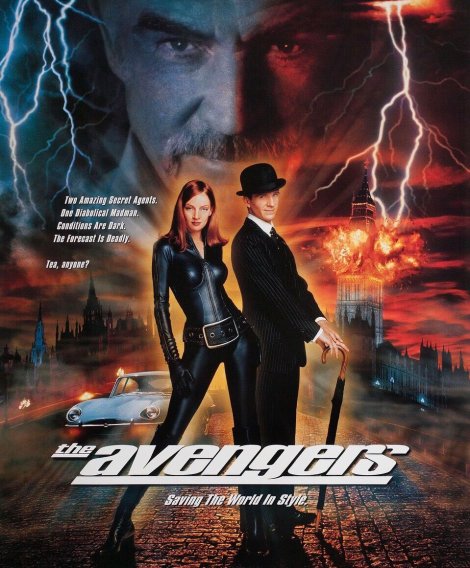 This movie follows efforts by British secret agents John Steed and Emma Steel to stop an evil scientist, Sir August De Wynter, from holding the world to ransom by controlling the weather. While being attacked by henchmen working for De Wynter, Steed finds a map that he suspects holds a clue.

Steed decides to take the map to the Ministry Archives, and presents it to the Archivist, who interestingly, happens to be invisible. After looking at the map and talking to Steed the Archivist comments that “I believe you’ve jogged my memory…” but that he “… “may have to dig a little deeper though.”

The Archivist then provides Steed with access to several relevant Top Secret files, including project files, maps, and photographs. 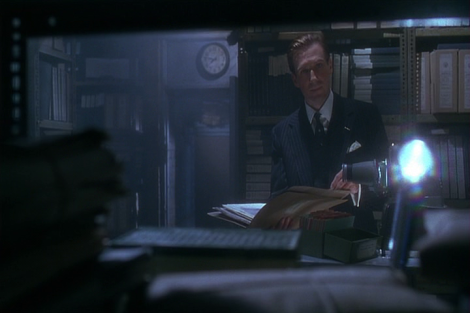 Archivist: “As I recall, there was some former Ministry land used as a secret military installation and sold by us to Sir August years ago. And authorized by Father. Eeny-meeny-miny-mole. And this is the site.”

From this one meeting Steed learns many significant things, including the fact that his partner, Emma, has been cloned by De Wynter, the exact location of De Wynter’s secret laboratory that is controlling the weather, and most importantly, that the second highest ranking Secret Service official (referred to as “Father”) is a mole working for De Wynter.

Chinatown follows an investigation by J.J. “Jake” Gittes into the murder of a Los Angeles County water official. During his investigation he figures out that even though there is a drought occurring the county reservoir is routinely discharging water overnight.

Acting on a hunch he decides to check land ownership in the area and visits the Hall of Records.

The “plat books” he consults (akin to British/Canadian abstract indexes) reveal that much of the land in the nearby Northwest Valley has recently changed hands. The changes are so recent in fact that they had to be pasted into the book with slips of paper.

When told by the clerk on duty that he certainly cannot take out the volume, he decides to break archival hearts everywhere by ripping out part of a page.

He then visits the valley where the land has been changing hands, and when attacked by residents, learns that the water company has been trying to intimidate some of the landowners into selling their land.

Taking all of the evidence together, Jake deduces that the water official was murdered because he learned of a plot by other officials to divert reservoir water away from the Northwest Valley. These corrupt officials were then arranging to buy up the land at diminished prices in order to develop the area and turn a huge profit. 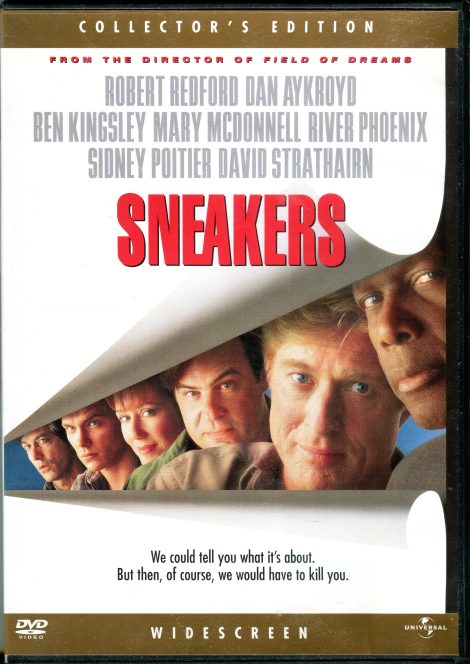 This movie revolves around attempts to possess a “black box” capable of cracking American cypher codes, thereby providing access to any secured American computer system. The box is built around a computer chip developed by a brilliant mathematician who initially appears to be working for the Russians. Martin Bishop (an on-the-run hacker) and his eclectic team of security specialists are hired to steal the box from the mathematician, thinking that they are working for the American National Security Agency (NSA) countering this potential Russian threat.

After retrieving the box the team decides to test its capabilities.

Here the box has has provided access to the U.S. Department of Energy Board’s control systems

As it turns out, they were mistakenly working for a man named Cosmo, a crime lord from Bishop’s past, and have unwittingly handed a criminal the means to compromise  numerous encrypted computer systems.

To right this wrong the team resolves to steal the box back. Part of their plan involves visiting a local record office and purchasing a copy of the plans for the building where Cosmo is keeping the box.

Carl: “It’s fascinating what 50 bucks can get you at the County recorder’s office.” Martin: “What have you got?” Carl: “Playtronics’ Corporate Headquarters, the complete blueprints.”

The team uses the building plans during their incursion into the building to successfully guide Bishop to and from the room housing the black box. 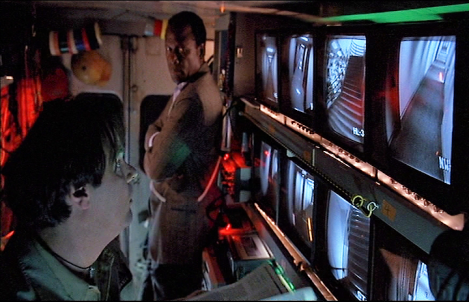 The team is ultimately successful and escapes with the box. Upon arriving back at their base of operations they are cornered by the NSA, who demand to be given the box. Before handing the box over Bishop, unbeknownst to anyone else in the room, removes the main chip to ensure that the NSA is not able to “read the FBI’s mail”.

Hopefully you have enjoyed this second installment of “An Archivist’s Night at the Movies” wherein we revel in the use and power of archival records on film. Future installments are planned (i.e. Star Wars, The League of Extraordinary Gentlemen, Shooting the Past…), and we may also take a look at the use of records in some selected comic books. Stay tuned!

Part three in this series can be found here.

3 responses to “An archivist’s night at the movies, part II”