For our last blog post of 2018 we felt it would be fun to turn our archival gaze on some classic holiday movies and television episodes to see how and in what ways records have been used by their writers and directors to spread festive cheer.

The power of records as literary and narrative devices ensures that they show up in a number of classic holiday adventures. In the following Christmas and Chanukah tales a range of records are included, including financial ledgers, meeting minutes, home movies, royal decrees, newspapers, correspondence, databases, and diaries.

In this interpretation of Charles Dickens’ “A Christmas Carol,” viewers are taken on a journey recounting the life and times of the infamous curmudgeon, Ebenezer Scrooge.  Part of the film explores Scrooge and his business partner Jacob Marley’s rise as titans of business. And successful businessmen need to keep careful records!

We then cut to a scene wherein the directors of the business are holding a meeting with a recording secretary taking down verbatim minutes.

At this meeting it is revealed that the head of the business, Mr. Jorkin, has been embezzling company funds. In response to the outrage of the directors Jorkin gives a speech detailing how public knowledge of his corrupt nature would cause panic among the stockholders.

An outraged director tells the recording secretary to “[s]trike that speech out of the minutes!” 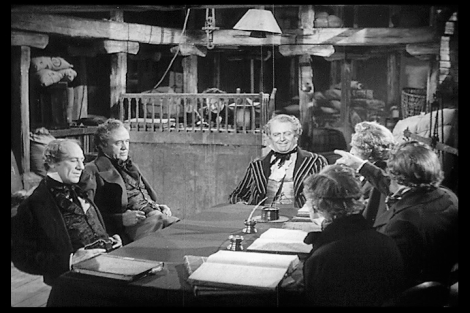 Scrooge and Marley then use the precarious situation to their benefit, offering to repay the missing money in exchange for taking over the company. It is this company which eventually evolves to become “Scrooge and Marley,” the place of employ for Bob Cratchit.

In this movie a toy executive named Scott Calvin finds himself unexpectedly taking over the mantle of Santa Claus – and hilarity naturally ensues. He subsequently learns that one of his main tasks is, of course, to review the naughty or nice list.

Here the viewer gets to see the true size and format of Santa’s fabled “list,” which is so large it requires a fleet of postal vehicles to deliver it.

Those among us who may have been on the naughty list when we were children (I admit nothing) may hold out some hope that the list is not actually classed as fully “archival” within Santa’s Record Retention Schedule. If this is true, the old lists will thankfully not be kept in their entirety in the North Pole’s Archive, but will rather be securely shredded or at the very least, only sampled/selected. 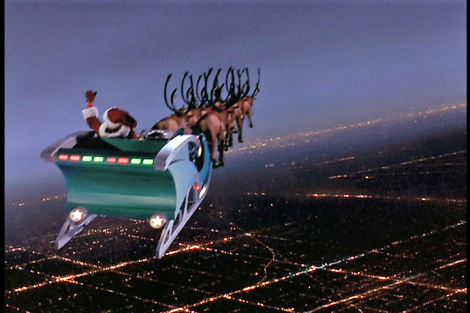 This wacky comedy follows the exploits of Clark Griswold Jr., his wife Ellen, and their two kids as they grapple with hosting a large family gathering.

While in the attic hiding presents Clark is accidentally locked in when his mother-in-law closes the access hatch. He locates some warm clothing in a trunk and while doing so comes across a box of reel-to-reel films of past Christmas celebrations dating back to the 1950s. 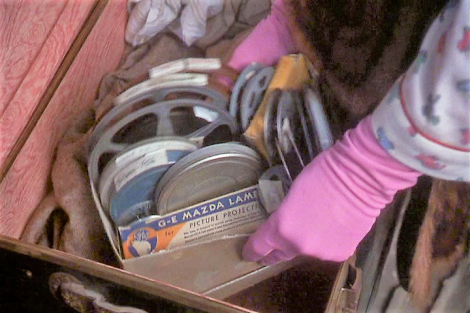 He sets up a makeshift projection area (using an old shirt as a screen) and settles in to enjoy a meander down celluloid memory lane. 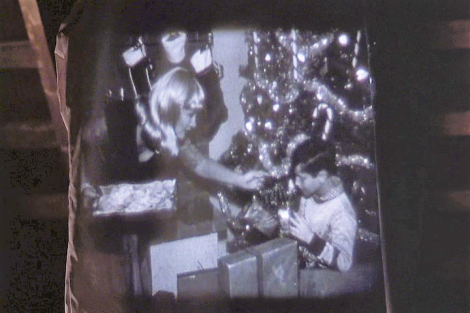 Unfortunately for Clark he sat on the hatch while viewing the films. So, when the family arrives back home and Ellen opens the hatch, gravity ensures that Clark’s film viewing session comes to an abrupt, and likely painful, end.

In this critically acclaimed episode of the Rugrats show, the origins of Chanukah are explored via the imaginations of a group of adventurous toddlers. The episode opens with a voice-over explaining that “long ago in the land of Israel the Jewish people lived happily with their neighbours, the Ancient Greeks.” However,  a new Greek King comes to power (Antiochus IV Epiphanes) and issues a royal decree, shown here as a scroll, stating that the Jewish people living within the Seleucid Empire now need to “wear what he [Antiochus IV] wears and read what he reads” “and also that they need to “worship his gods.” 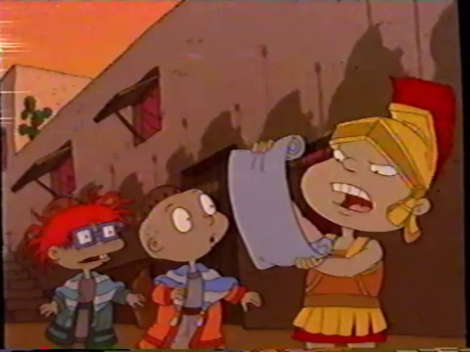 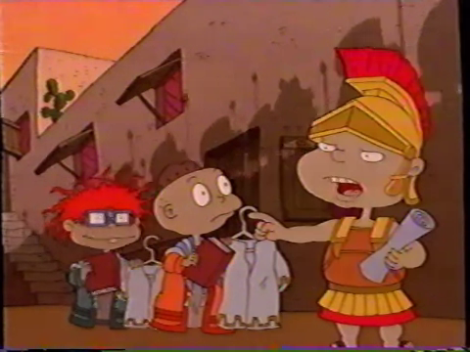 This decree, which effectively outlawed Judaism, eventually led to a revolt by the Jewish people against the king, a revolt that was ultimately successful (165 BCE). Chanukah celebrates this victory and the rededication of the Second Temple in Jerusalem.

Later in the story we see a depiction of another type of record often held in an archive: a local newspaper. Boris, a grandfather of one of the Rugrats, is playing one of the heroes of the rebellion in the local synagogue’s play.

He is outraged when the local newspaper does not publish a photo of him as the hero, but rather a photo of the man playing the king. 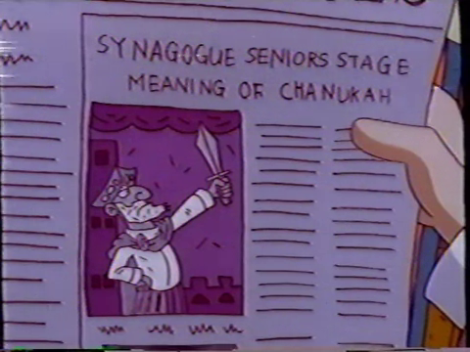 And as it turns out the other man happens to be a rival from his youth.  Eventually the two rivals patch up their differences and enjoy the holiday together.

In this 1940s film, starring Jimmy Stewart and Margaret Sullavan, two retail co-workers (who can barely stand each other) end up unknowingly becoming pen pals. 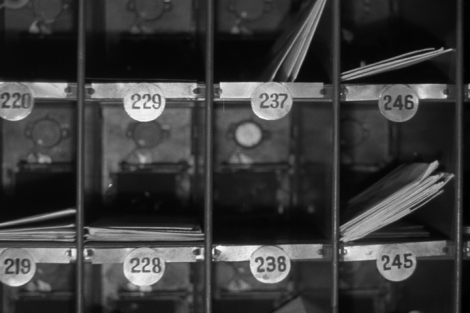 During their correspondence via hand-written letters they begin to fall in love, eventually leading (after a few twists and turns) to a Christmas Eve marriage proposal.

Sound familiar? Fans of 1990s romantic comedies may recognize the plot because it formed the basis of an updated version of the story, 1998’s You’ve Got Mail (starring Tom Hanks and Meg Ryan). 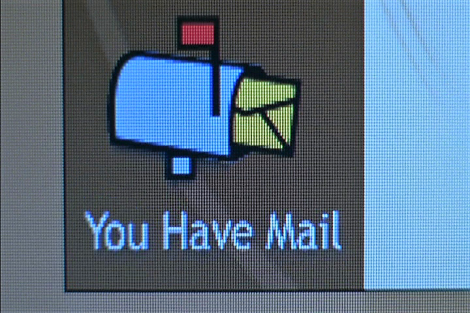 In this version Hanks and Ryan play rival booksellers who end up unwittingly exchanging electronic letters, or “e-mails,” a relatively new form of communication at the time. 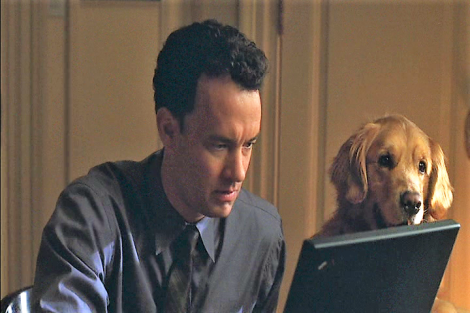 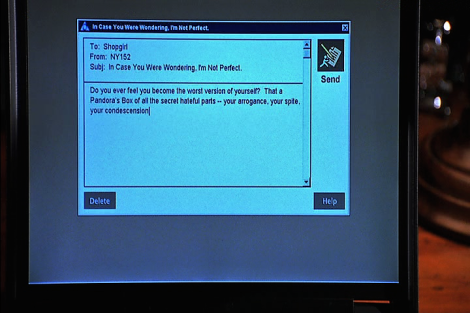 The tale pays homage to the source material by naming Ryan’s bookstore “The Shop around the Corner.”

In this story Garfield the cat is grudgingly forced to go with Jon Arbuckle (his owner) and Odie (Jon’s pet dog) to a Christmas gathering on the Arbuckle family farm. Unfortunately, there is a bit of tension in the air between the grandmother and some of the other members of the family.

Late one night Garfield follows Odie to the barn trying to determine why Odie keeps sneaking away (as it turns out Odie is secretly building Garfield a present).

While hiding from Odie, Garfield happens across a stack of love letters sent to the crotchety grandmother by her now deceased husband. 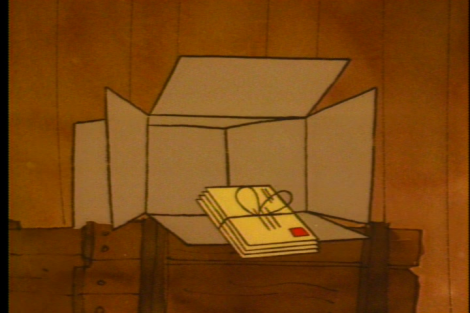 He decides to give them to her as a present on Christmas morning, and the old letters seemingly melt some of her hard exterior, reminding her of a happier time in her life. 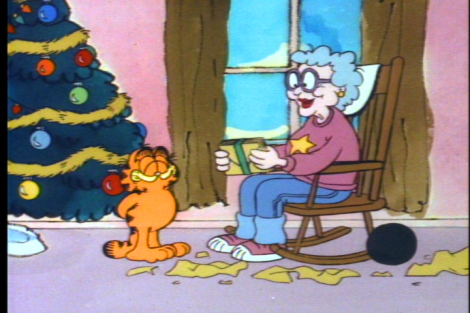 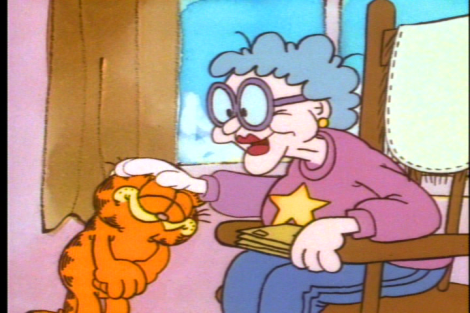 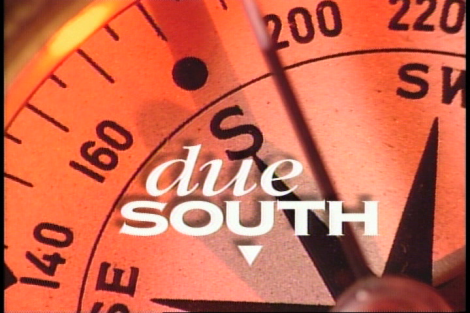 An absolute favourite of mine, this episode of the hit Canadian show Due South has RCMP officer Benton Fraser and Chicago police officer Raymond Vecchio attempting to solve a puzzling Christmas Eve bank robbery pulled off by four men disguised as Santa Claus.

During the robbery one of the criminals named William Porter (the getaway driver or “Wheelman”) double-crosses the others and flees with the cash.

Early in the investigation the police Department’s Civilian Aid officer pulls up a record in a database that provides background information on Porter. 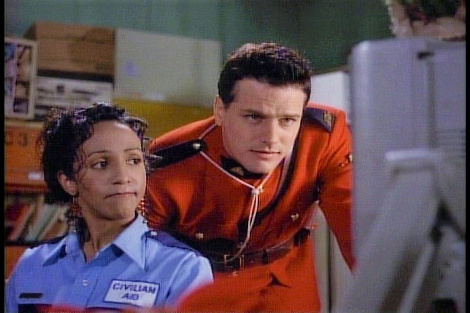 His record, showing him to have been a model citizen since his release from prison 6 years ago, and his double-cross of the other criminals who are known to viciously deal with anyone ripping them off, leave Fraser and Vecchio rather confused as to Porter’s true motives and intentions.  They are particularly confused because Porter’s double-cross leaves Porter’s son in potential jeopardy, and all indications are that he is in fact a devoted family man.

Fraser thus seeks guidance in old journals that his recently deceased father (a legendary Mountie) had compiled over his illustrious career.

Vecchio: “What are you reading?” Fraser: “My father’s journals. I’m just going over old cases to see if there is anything similar.”

While talking to Porter’s son, Fraser reveals that his father’s journals are not only a source of professional guidance, but also personal insight: “You know it’s odd, we never really spent a lot of time together when I was young, so it’s only recently through his writing that I feel as though I’ve gotten to know him.”

So, what ultimately was the “gift of the wheelman?” You will need to watch the episode to find out!

Thank you to all of our readers – we hope that you enjoyed our various posts this year and we look forward to continuing our blogging adventure in 2019.

December 2021 edit: I have revisited this topic in another blogpost for those that may be interested: An archivists night at the movies part VI: Christmas revisited

4 responses to “An archivist’s night at the movies, part III: Holiday edition”